Less Grind = More time to have fun!
Checkout our quick links below
Wiki Tournaments Upgrade
You are using an out of date browser. It may not display this or other websites correctly.
You should upgrade or use an alternative browser. 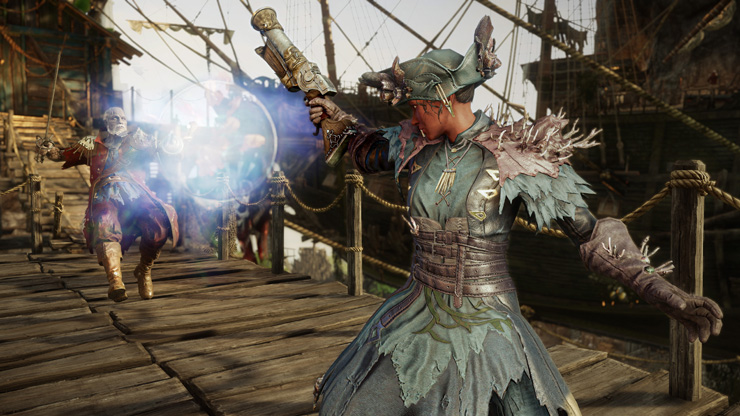 Greetings, Adventurers!
Aeternum is an ever-evolving world, and as such, we continue our efforts in providing our players with an assortment of ongoing new features, content, and changes. Similar to the activities leading up to our latest major update, we are approaching the release of our next large release and would like to once again invite you all to participate in the next cycle of our Public Test Realm (PTR)!

The Public Test Realm (PTR) is a limited-availability server-set that will give players an early look at upcoming features. These preview builds are snapshots of upcoming major releases and are not final versions — you may encounter bugs, crashes, missing text, or other issues. Between our internal testing efforts and your reports, we hope to catch and resolve all serious issues before they reach the live servers. However, not every bug or feedback piece will be actioned on before release — some changes need to be investigated further, and may come in a subsequent patch or two. Nonetheless, hundreds of changes have already been made — with more to come — and the full release notes will be shared on release day.
To help with the feedback process, all newly created PTR characters will have the opportunity to instantly level to select level-ranges outfitted with appropriate gear and items.
The PTR will officially open tomorrow, March 3, at 10 AM PST (6 PM UTC). Servers are limited — to maximize world population and encourage higher occurrences of group play, there will only be one world available for this playtest cycle, with it located within the US East regional datacenter. You may have to change your regional selection from the main menu in order to discover the available test world.
This special preview client will be made available for download through the stand-alone Steam application, “New World Public Test Realm” (which should already be in your Steam library if you own the main game). When the test period is complete and the main New World game is updated with the previewed content, all worlds will shut down and may be subject to being wiped clean. You will still see the New World PTR application in your Steam library, but there will not be active servers until the next time we announce a test.
If you encounter a bug, exploit, or have suggestions to improve a feature or piece of content, we’d love to hear your feedback on our PTR sub-forum (you can also utilize our in-game feedback tool). We will do our best to address as much of your feedback as possible before the content update makes its way to our live servers. Your participation will help us to deliver awesome content and updates in the future!
During this iteration of the PTR, we look forward to hearing your playtest feedback regarding the following changes: 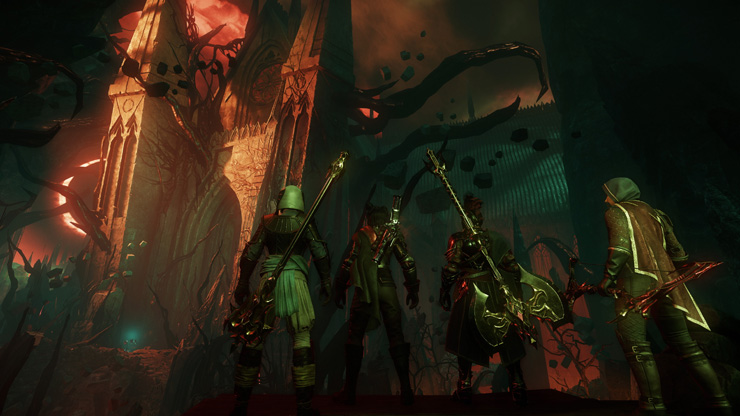 The final showdown against Isabella is upon you. Pursue the Tempest into a corrupted dimension of reality, through the twisted capital city of Myrkgard. Discover the secrets of her past while you dive deeper into her corrupted mind. The Tempest’s Heart is an endgame expedition for 5 players. Recommended for 60+ players with Gearscores between 550 and 570.
For the March PTR, players will be given strong loadouts to play frequently.

The main story questline picks up as you pursue Isabella back to Shattered Mountain. The final quest, The Heart of the Tempest, is given by Yseult Meredith. They are located at Mountain Home Outpost in Shattered Mountain.
Additional repeatable quests can be taken from Mara Rosa in the cathedral just south of the expedition entrance.

The Blunderbuss is a ranged weapon that offers high mobility coupled with potent close-to-mid range DPS. It’s the first weapon to scale on strength and intelligence, making it a good companion for bruiser or mage builds. The Containment tree is all about closing the gap and unloading hot lead into your enemy’s face. Conversely, the Chaos tree focuses on keeping your distance and bombarding areas with explosive AoE damage.

Alongside the release of the Blunderbuss weapon itself, we’re also releasing a new Legendary Weapon Quest series. Upon reaching Level 60 and maximum skill level with the new firearm (granted to you automatically in the PTR), players should seek out Wang Tang Zhi in the Ebonscale Reach settlement to start this epic endeavor.
Many more changes have been made across the entire New World experience. Check out our PTR Release Notes for a bigger picture and let us know what you think on the PTR subforum!

Upon character creation on the PTR, players will be given multiple caches of special armor and weapons. Each cache has a designation based upon a general build based on a main attribute: CON, DEX, INT, FOC, and STR. To help manage the sudden onset of new items, do not open all provided caches at once, or you risk becoming encumbered! Instead, equip all provided bags and then follow-up with opening each cache deliberately. Any undesired caches can be dropped or deposited into your personal settlement storage.

Everyone with a copy of New World will be automatically granted access to the secondary PTR app. The PTR is not compatible with the live game, so you will need to download a separate client (and have the hard drive space required to support it). From there, we will have special worlds available within supported regions. Not all regions will initially be supported. Access is on a first come, first served basis. There may be queues.


CAN I PLAY WITH OR TRANSFER MY LIVE CHARACTERS TO THE PTR?​

Unfortunately, no. These are separate ecosystems, so at this time it is not possible. However, to make testing easier, we will occasionally provide our play-testers with special accommodations such as instant levels, special gear, etc.


CAN I PROVIDE DESIGN FEEDBACK REGARDING WHAT’S INCLUDED ON THE PTR?​

Preview game builds on the PTR are finished with their core development and are in their final phase of testing and bug fixing. Our main focus at this phase is improving quality, although we will appreciate any feedback you have to share.


I HAVE A PROBLEM; HOW CAN I CONTACT CUSTOMER SUPPORT?​

Our policies and Code of Conduct cover the PTR, and in-game moderation will continue to be supported. Unfortunately, due to the temporary and potentially unstable nature of the PTR, general Customer Service assistance through both Live Chat and through the Support Website will not be available.


I DON’T WANT TO PARTICIPATE IN THE PTR, CAN I REMOVE THE APP FROM MY LIBRARY?​